The main question is why were these incorporated into churches, and what meaning did they have for a person in the 12th century.  We cannot view them from a modern view point, and even Medieval scholars cannot successfully put themselves into the mindset of a Medieval person.  So what meaning did they carry? 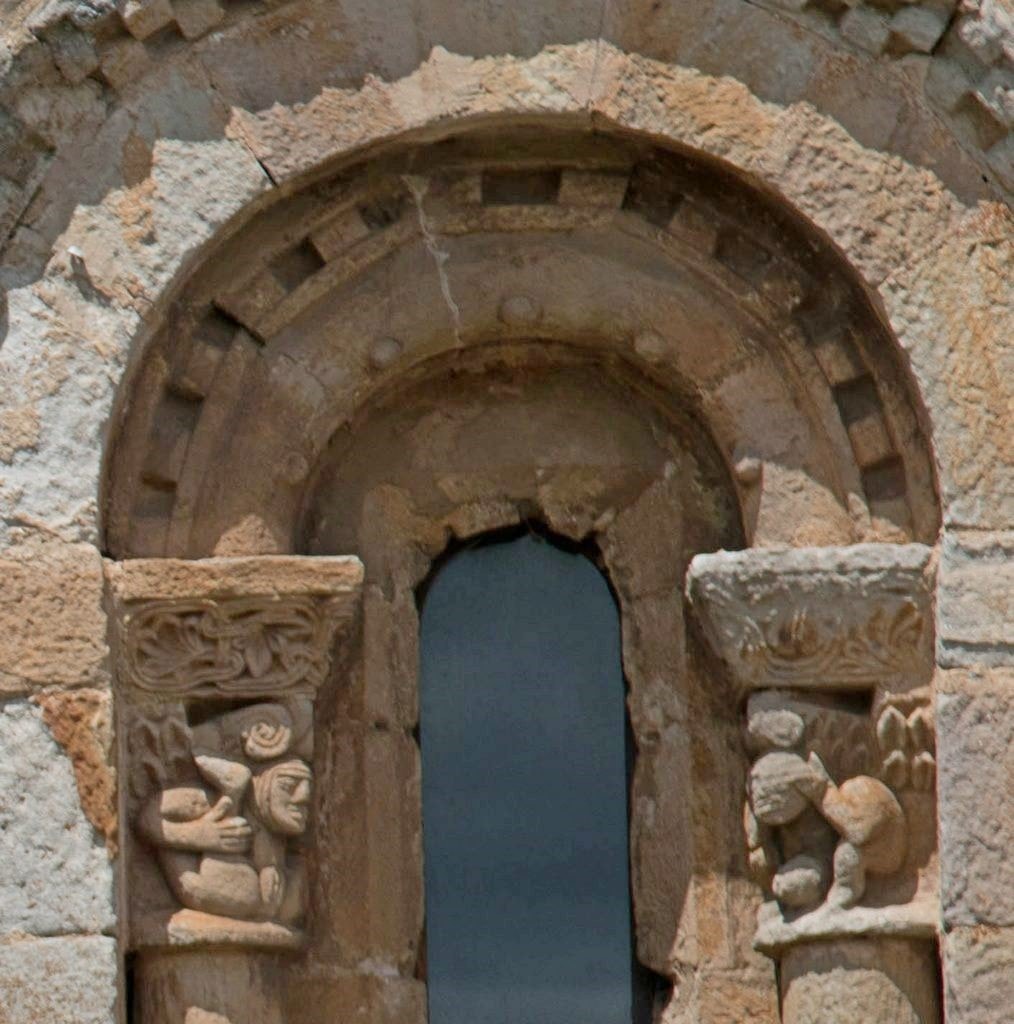 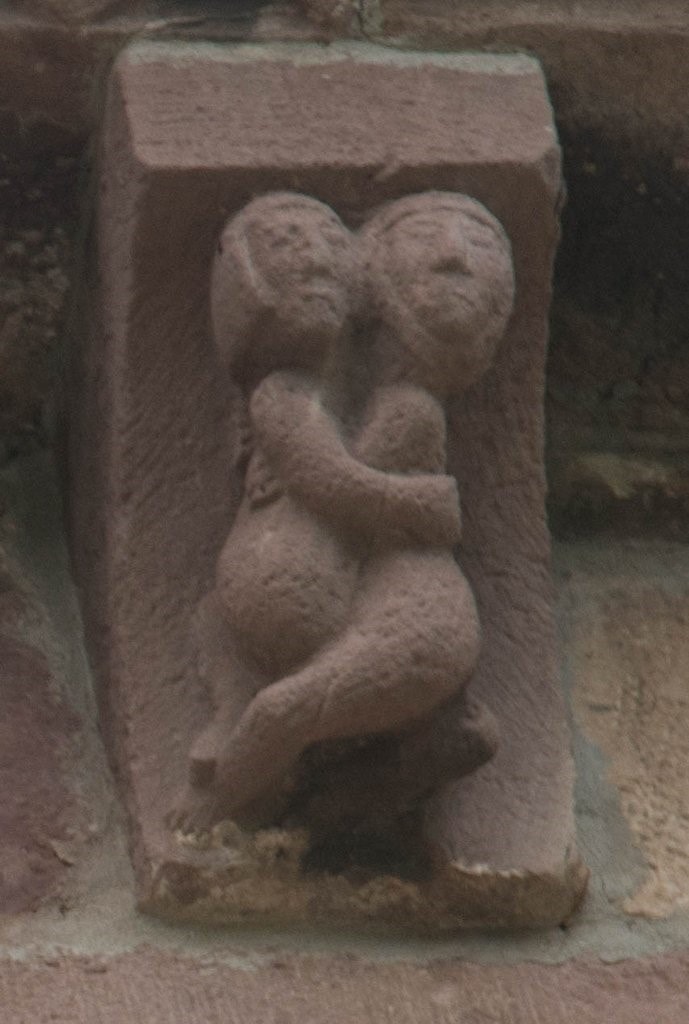 I have an article by Maria Paz Delgado Buenaga on this web site, both in English and Spanish, that presents five different possible interpretations:

Some of Angel Del Olmo Garcia’s thoughts on the interpretation and meaning of this art include: 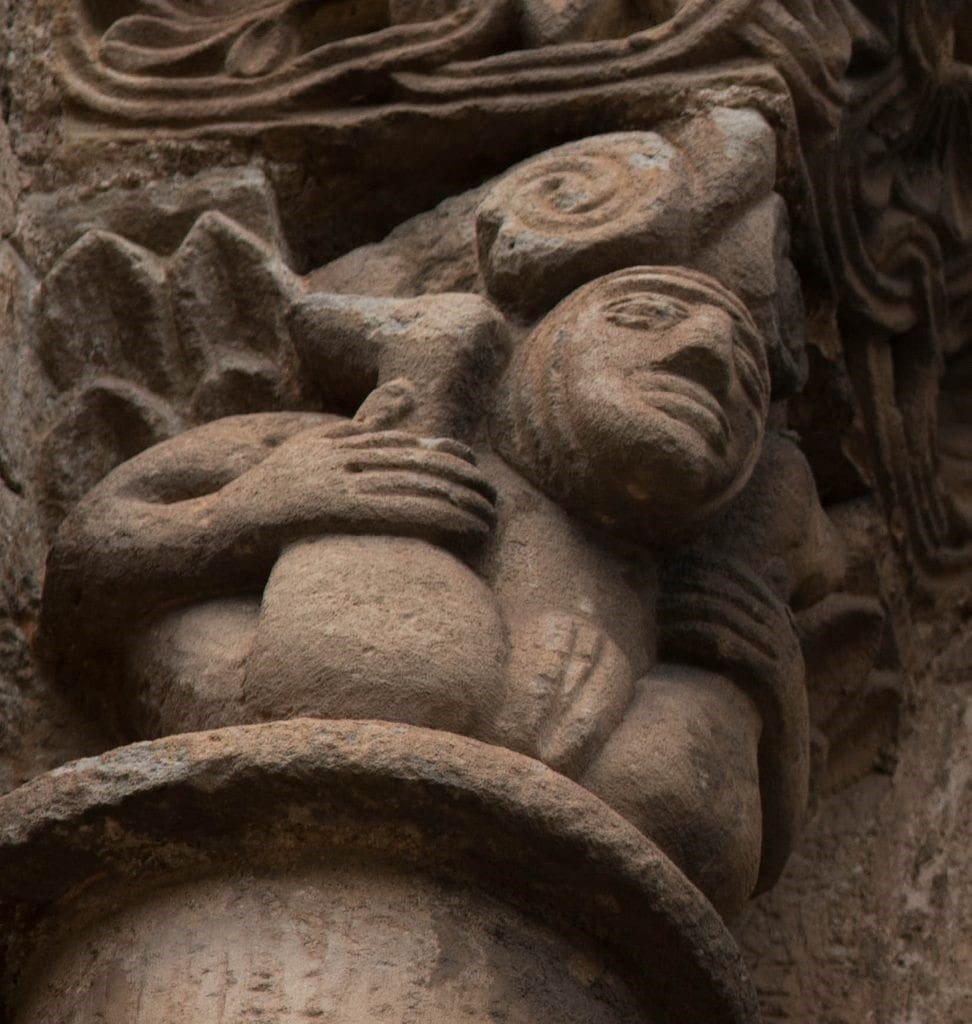 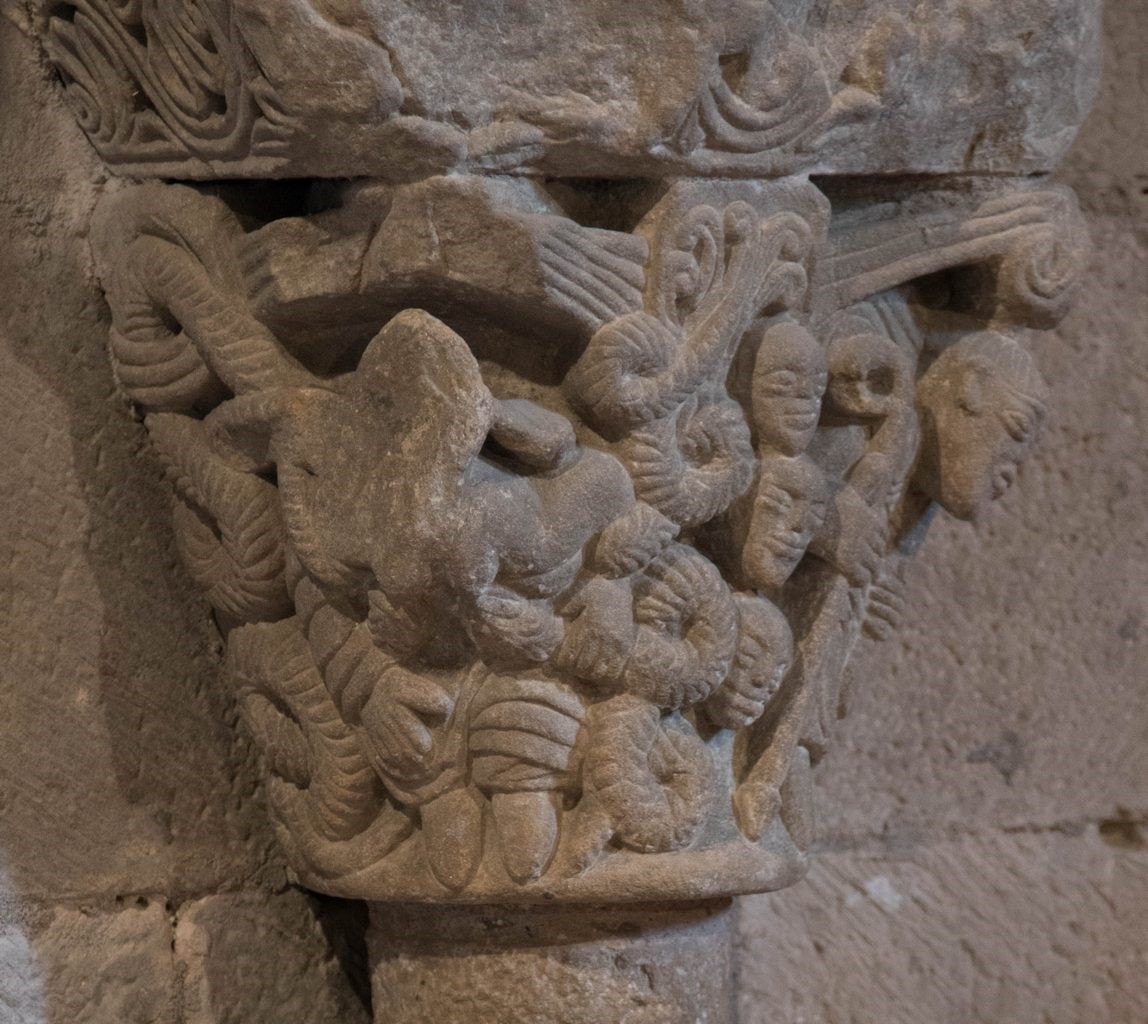 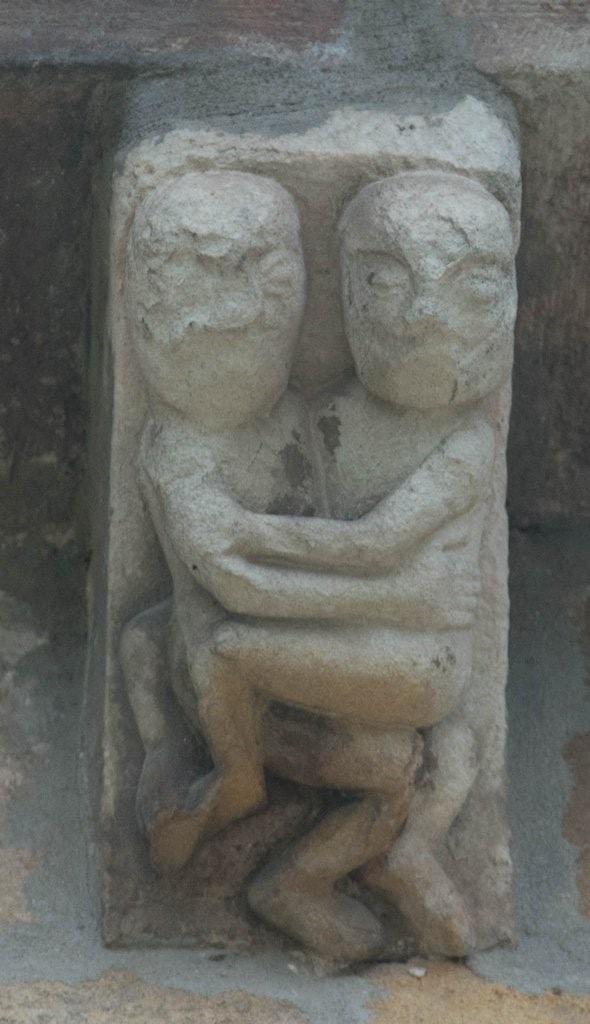 Another possible explanation comes from Fernando Garcia Gil, who Paz (Maria Paz, author of the article above) and I met at the church in Yermo. Fernando is a student of the sexual carvings on Romanesque churches and he likes to talk about the subject. The three of us had a long conversation, and shared many theories and observations. Fernando’s theory is that these sculptures function in an apotropaic manner, that is, they are meant to protect the churches and the people in them. This theory is supported by the fact that many of the obscene sculptures are located above the doors and windows of the churches. Also, ancient phallic amulets also had a protective role, principally against the evil eye – the belief that a jealous or envious look could cause physical harm. For the ancient Romans, the phallus had not only a protective role, but was a sign of good luck as well.

Another book on the subject, La lujuria en la iconograía románica (Lust in the Romanesque iconography), by Jesús Herrero Marcos, proposes that these sculptures are principally representations of lust. Although his book is about Romanesque art, he examines many different cultures from different epics. He talks of the three sensations necessary for the survival of the human species – hunger, thirst, and the sexual appetite. He observes that in Christianity, Christ constitutes the aliments – the bread and wine represent the body and blood. And these aliments guarantee the spiritual sustenance that lead to the eternal life of His faithful. The sexual appetite is responsible for the survival of the species. He talks about the sins related to these three sensations – gluttony has to do with excesses of food and drink, and lust has to do with excesses of sex. You will note that the author of this book also rejects the term “erotic,” preferring to talk of the sin of lust.

See what the experts have to say in articles and interviews I conducted, here.